It’s a paradox: most American citizens have no idea that the US administration is revising its dietary guidelines. In fact, they might not even be familiar with the current recommendations – and even if they are, they’d be hard-pressed to change their eating habits due to these publications. This reality however does not prevent industry organizations and lobbying groups from … END_OF_DOCUMENT_TOKEN_TO_BE_REPLACED

I hope you had a jolly Christmas season surrounded by your loved ones! As we segue into normal life again, I am lucky enough to have a continued break until the beginning of January, which makes for a lot of time to read, reflect, and practice Spanish 😉 I have a trifecta of interesting news tidbits … END_OF_DOCUMENT_TOKEN_TO_BE_REPLACED

Last week, I turned down the possibility to attend a training on “How to Deal with Lobbyists” (so glamorous) to instead learn about the sustainable food policy agenda in Europe – and I have to say, I have no regrets! The LiveWell for Life conference was really well organized, had interesting panellists and great speakers, … END_OF_DOCUMENT_TOKEN_TO_BE_REPLACED

Ok. Before you do anything else or read on – watch this video: How does it make you feel? Like baby carrots are the next cool thing to eat? Like an intense snack that will make you just as hip as the people in the commercial? I was reading an NPR article on grocery stores like Giant Eagle and … END_OF_DOCUMENT_TOKEN_TO_BE_REPLACED

Heya! After some well-needed rest and recovery in the Swedish countryside, I’m back in full strength and with a gem in terms of outreach on animal welfare: welcome to the MEATRIX. This is a funny, yet relevant way of succinctly outlining the problems with factory farming and to point out solutions consumers can pursue to … END_OF_DOCUMENT_TOKEN_TO_BE_REPLACED

Hello friends! We are getting more in the depth of 20th century agricultural happenings in my class now, and I found a topic that might be of interest to you as well – namely, the history of the concern about the pasteurization of raw milk which is still topical today. I had only heard about the issue in little bits and pieces, so I thought it would be great to inquire further!

The entire story starts with the guy who the entire procedure is named after: Louis Pasteur. According to HowStuffWorks, he is known as the ‘father of microbiology’, inventing not only the pasteurization procedure, but also developing the germ theory of fermentation and discovering the vaccines for rabies, chicken cholera and anthrax. Cool dude.
In 1856, Pasteur discovered that fermentation was caused by microbes, and that the results of that process – e.g. whether grape juice became wine or vinegar – depended on the microbe present. Later, he was employed by Napoleon III to save France’s wine industry from being taken over by the ‘bad’ vinegar microbe, and realized that heating up the wine to a specific temperature for a specific time would kill the microbe and preserve the wine. He patented the procedure and called it ‘pasteurization’.

This procedure was then rediscovered by the dairy industry in the late 1800s and around the turn of the century because tuberculosis was rampant and often spread through contaminated milk. Robert Koch discovered that tuberculosis was caused by a bacterium and infectious, and not – as widely believed – inheritable, in 1882.[He also got a Nobel Prize for that discovery. NBD.] Other milk-borne illnesses included fever, diptheria, scarlet fever, anthrax and foot and mouth disease. Once scientists realized that a low-temperature, long-time heating of the milk (also called batch pasteurization) could kill the TB bacterium, governments pushed for the spread of this practice, and in particular the subsequently developed high-temperature, short-time (HTST) process (This is a good explanation of how heat kills bacteria, if you are interested, by the way).

The first law requiring the pasteurization of milk was passed in Chicago in 1908. Yet, there was a broad spectrum of opposition across the population, to the point that some producers adopted the practice in secret! In Sweden and Denmark, pasteurization on a commercial scale started to happen in the 1880s, and spread as interest in food safety picked up in Europe in the 1920s and 1930s, but farmers still opposed the practice of pasteurization, in particular because of the added costs they incurred. Furthermore, there were a huge variety of recommendations on how hot and for long you have to heat the milk in order to reliably kill bacteria.

Every procedure will have consequences for the milk, though. Today, you can differentiate between different types of milk processing: pasteurization itself refers to heating it to 72 – 74 degrees Celsius for 15 to 30 seconds. In comparison, UHT (ultra-high temperature) treatment goes up to 134 – 140 Celsius for 3 to 5 seconds. The higher the temperature, the more microbes you kill, but also the more the proteins within the milk are changed. This is why you may notice that the taste of UHT milk is different (it tastes ‘cooked’); other changes include how the milk reacts when making cheese, the color (the Maillard reaction can caramelize the sugars, turning the milk browner), and how long it can last without spoilage (since some protective enzymes may be destroyed as well). This is why pasteurization is preferred, according to HowStuffWorks: it “kills off the most heat-sensitive pathogens but retains the qualities of milk that consumers expect: creamy texture, fresh flavor and milky-white color.”

END_OF_DOCUMENT_TOKEN_TO_BE_REPLACED

Hello hello, I hope you had a wonderful Easter break! Iceland is a-mazing, in case you wondered, so I’d definitely recommend it to anyone. I’m planning a post on a peculiar Icelandic export soon, so there might be some pics in there as well, but today I want to talk about something different – namely, the concept of ecocide.

Yesterday, I went to a presentation by Polly Higgins, a lawyer who submitted an amendment to the Rome Statute of the International Criminal Court – the document that defines what constitutes international crimes, such as genocide and crimes against humanity – asking that ecocide be considered an international criminal offence as well. What is ecocide, you ask? The definition is as follows:

Ecocide is the extensive damage to, destruction of or loss of ecosystem(s) of a given territory, whether by human agency or by other causes, to such an extent that peaceful enjoyment by the inhabitants of that territory has been or will be severely diminished.

Basically, Higgins argued as follows – in today’s world, especially in the corporate sector, the law obliges companies to prioritize their shareholder interests – i.e., profit maximization – which makes it hard for companies from a legal point of view to consider things like their impact on the environment in their decision-making process. Nowadays, if they do considerable harm (say, create an oil spill or pollute groundwater), the only avenue for communities to seek justice is to submit a civil case for every single offence – a process that can take years and is really expensive, as well as resulting in too little – too late compensation. If there were an international law deeming it a crime to destroy ecosystems in the name of economic progress, a whole number of things would change:

END_OF_DOCUMENT_TOKEN_TO_BE_REPLACED

Faithful readers may remember that I already wrote once about Dr. Temple Grandin, but when Rianna from Masters-in-Special-Education.com reached out and asked whether I wanted to share their infographic, I was more than happy to oblige. And hey, I learned so many new things as well! Fun fact – she got honorary degrees from two … END_OF_DOCUMENT_TOKEN_TO_BE_REPLACED

Hey peeps, how is your Tuesday? Are you looking for a reason to procrastinate and not feel bad about it? Well, you are in luck, because I have a list of informative and entertaining videos for your viewing pleasure today! Guaranteed to give you some food for thought… on the origins of agriculture (via CrashCourse … END_OF_DOCUMENT_TOKEN_TO_BE_REPLACED

I know we have talked about this before, but I found this infographic made by Yes! Magazine a great means to dig down into what differences exist between food safety laws on both sides of the Atlantic. Especially since many of these laws could be on the table during international trade negotiations soon. Americans, Europeans, join … END_OF_DOCUMENT_TOKEN_TO_BE_REPLACED

Looking for something specific? 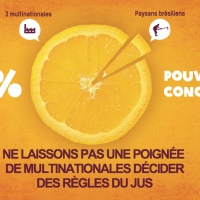 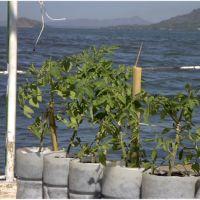